Straight from the mouths of our customers: why recruiting professionals love Gem

One of our four core values at Gem is customer focus. Indeed, Steve Bartel (co-founder and CEO) and Nick Bushak (co-founder and CTO) talked to around 50 recruiting professionals about their idea for Gem before they even wrote a single line of code. So customers—and prospective customers—have been the inspiration and the occasion for everything we’ve built since day one. The ever-present question as we iterate and grow our product is: are we offering actual solutions to an actual set of pain points to help recruiting teams thrive?

Over the years, we’ve been able to work with some of the most innovative recruiting teams in the world. We’ve onboarded more than 1,200 customers at this point, and everything we do is in service of how we can continue to drive the most value for them. Our customers are brilliant subject matter experts and our greatest teachers; and what we build is informed not only by the challenges they surface to us but also by the insight and precision of their feedback.

Recently we sat down with some of our customers to hear, in their words, what Gem has provided in these partnerships. Conversations were with JR Rettig (SVP of Talent @ Pendo), Emil Yeargin (VP of Talent @ Gusto), Kirk Okenquist (VP of Global Recruiting @ Motive), Michael Guercio (Technical Sourcer @ Airtable), and Amina Moinuddin, Head of Talent @ Hightouch).

First, we asked our customers to describe in one word how Gem has transformed how they recruit. Here’s what they had to say:

Then we dug into the details…

2. Gem is a game-changer for talent leaders

Gem is providing talent leaders like JR Rettig, SVP of Talent at Pendo, the credibility she needs to elevate TA by leading with data. JR says that Gem distinguished itself from other solutions on the market as “the only tool that teams should be using for sourcing and engagement of candidates. But beyond that, it was the visualization of the talent pipeline, real-time analytics, and easy-to-use reporting and dashboards that allow us to make decisions, communicate with data, and really be much more effective.”

Gem isn’t “just one tool,” JR says. “It is a platform that helps everyone on the team—and at our company—be better recruiters.” As a talent acquisition leader, the platform enables her “to lead with data, to share data, and to have credibility within an organization”—something recruiting leaders don’t always have “because they’re working by instinct or anecdote.” With Gem, JR says, those days of instinct and anecdote “are over. I get hit up all the time for all these TA tech tools that solve one problem. And [the reason] we bought Gem and are able to keep it, and expand, and be a great customer, is because Gem solves a number of problems—and does it seamlessly all in one platform.”

3. Gem is our talent engagement source of truth

Emil Yeargin, VP of Talent at Gusto, uses Gem as his source of truth—and it’s changed everything about how his team recruits. “When we found Gem, we were looking to solve a couple of things,” he explains. One was “having a CRM for sourcing, [and] a place where we could effectively manage all of our prospective candidates.” Emil wanted to manage the top of the hiring funnel “in a way that was deeply organized, that was deeply transparent, and [that] gave us analytics capabilities that would allow us to understand how our reachouts were doing.”

But his team’s relationship with Gem “evolved into something much more. The analytical functions of Gem, [and] the ability to share some of the insights and come across as more strategic with our talent partners really provided opportunities to be in rooms that we weren’t in previously.”

Emil describes the Gem platform as Gusto’s “singular source of truth when it comes to all of our sourcing efforts, and the visibility from our front-line ICs all the way up through our C-level executives.” The team’s ongoing goal is not only to leverage Gem as masterfully as they can, but also to “educate our partners on the tool so we can all… see what’s going on and… understand what our part is in helping improve our top-of-funnel analytics. As we continue our partnership with Gem,” Emil adds, “the hope is that we can continue to glean more… value out of it so we can continue to kick down doors and become true strategic partners to the business.”

Our customers inspire us to create solutions that better support them in attracting, engaging, and hiring great talent. Here's what they had to say about Gem's impact on their recruiting:

Emil: “Gem [is] a tool that can solve more than just your sourcing problems. It can… help you understand how your funnel’s progressing; it can… accurately visualize what your pipeline looks like in a way that maybe your ATS can’t. And it can… allow recruiting to articulately tell their story and really convey a message that’s going to resonate with anyone who’s associated with the hiring process.”

JR: “There were a few problems I was trying to solve when we found Gem… My team [needed] to have a sourcing tool that allowed them to authentically engage, nurture, [and] connect with candidates, just [to] stand out in the crowd from every other message that was out there. But more than that, for me, as a leader on the team, I was looking for a tool that helped me get to a more visual pipeline, [so] I could see what was happening in our candidate pipelines, as well as real-time analytics and reporting.”

Emil: “Gem is timeless. Over the last couple of years, we’ve seen different cycles of the market, and the one constant for me in terms of tooling has been Gem. Gem has been able to help us turn the dial when we need to hire fast; it’s helped us when we need to scale it back and focus on more qualitative things, and really understand how we can put forth a better DEI strategy. So Gem has been able to drive impact and value in consistent partnership, despite the market.”

Michael: “I would recommend Gem to anybody who’s trying to recruit better, and who’s trying to recruit… more efficiently. Gem gives every team that uses it the ability to customize the way they try to engage talent, but gives them immediate ideas for how to do that better. So I would recommend Gem—I think it’s table-stakes these days in recruiting.”

Michael Guercio, Technical Sourcer at Airtable, can’t imagine a world without Gem supporting his team’s efficiency. The most important thing Gem has offered his team, he says, is visibility into “what we’re doing that’s working, [and] what we’re doing that’s not working.” But Gem offers more than those fundamental insights; the data it serves up to Michael’s team also means they know right away what they need to change. “So we’re quickly iterating on what works for us and what doesn’t,” Michael explains, rather than “hoping that [our] messaging is landing, or hoping that candidates are going to move through [our] funnel. [We] can see all that in Gem and make adjustments right away, wherever [we] need to.”

Before Gem, Michael was spending hours every day “copy-and-pasting messaging to candidates, trying to figure out who had responded. I had calendar reminders all morning just to send follow-ups. And so now, with Gem, that’s all done for me.” He says that the time-savings is “tremendous—hours a day. Take that, [and] multiply it across my whole team, it’s unbelievable.”

Gem helps Amina Moinuddin, Head of Talent at Hightouch, improve both recruiting efficiency and the candidate experience by allowing her team to collaborate all in one project together. “Gem is helping me collaborate with hiring managers,” Amina explains. “We’re using Talent Pipeline, and we’re using the data dashboards, to… educate them on what’s happening in the pipeline, and how we’re moving candidates through. Before Gem, it was harder to collaborate and be as efficient with hiring managers. Now, with Gem, we’re able to work through [the] candidate pipeline [and] candidate messaging, all in one project together.”

We want to thank our customers for your continued support and partnership in helping us build Gem into what it is today—and what it will become tomorrow. Your insights have been invaluable, and we’re honored to be partnered with you on this journey. Want to know more about how Gem can solve your team’s pain points? We’d love to hear from you. 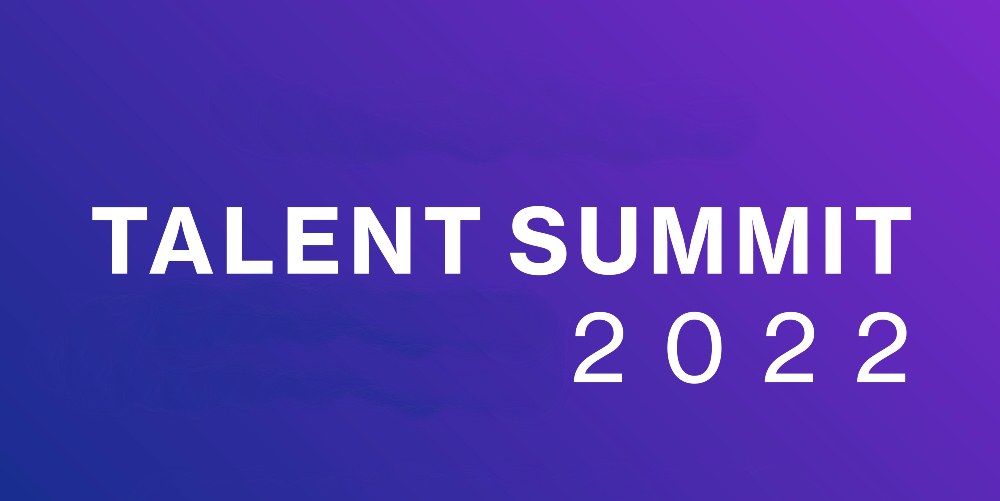 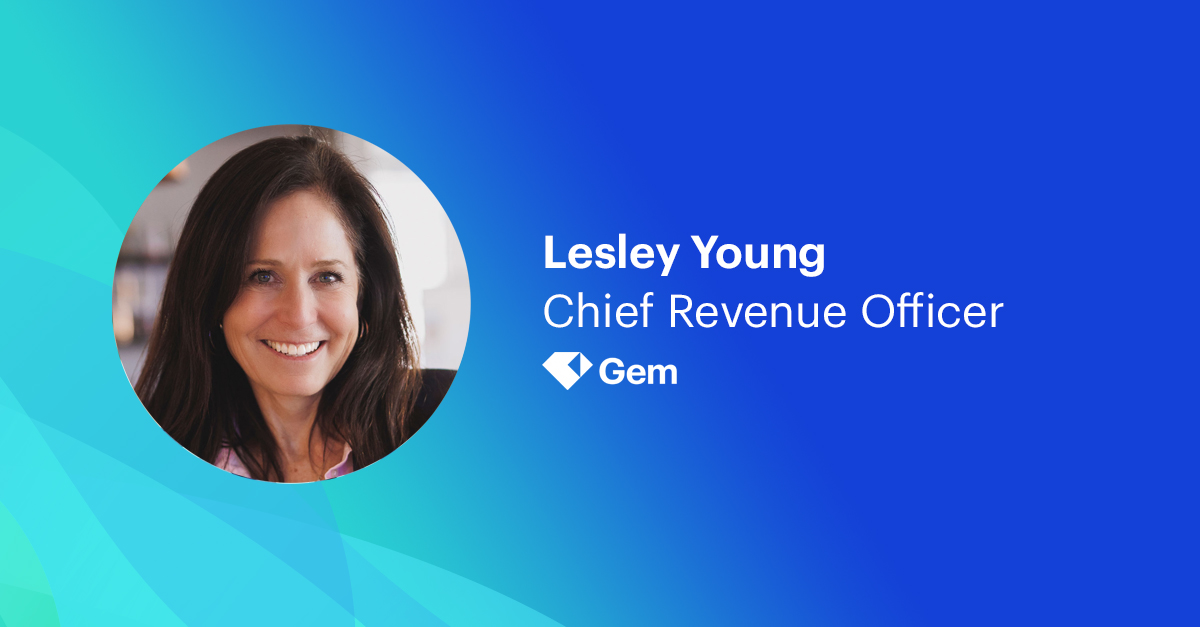