Recently, we sat down with five TA professionals at Plaid, Procore, Brex, Pinterest, and Dropbox, and asked them about their recruiting rules of engagement.

Maybe you’ve been there before: staring down a prospect you’ve uncovered on LinkedIn who, by all appearances, would make the perfect candidate for your open role. But you’re not the only sourcer on your team; and you realize you have no idea if any of your colleagues have reached out to them yet. Of course, it doesn’t look great from a talent brand perspective to have two team members reaching out simultaneously… but you also really don’t want to let this candidate slip between your fingers. You’ve got your OKRs or quarterly goals to think about. And you want to help hire the best people so your team can thrive—and this person looks like they might be one of the best people. This is where recruiting rules of engagement come in... but they require some visibility into your team's previous touchpoints with talent.

At Gem, we know how important it is for recruiters to know their team’s history with a given prospect. That’s why our product lets you see an overview of someone while you’re on their LinkedIn profile: who (if anyone) on your team has taken action with them, what kind of action it was, when it occurred, and whether the prospect replied to that outreach.

But what do you do with that intelligence once you have it? When is it “too soon” to reach out after a teammate has done so? At what point does a prospect become “fair game”? Does your follow-up outreach need to be for a different role entirely, or can you piggy-back off a colleague’s sequence months later if that role still hasn’t been filled? Do you always mention your teammate’s last reachout in your current reachout? These are the kinds of questions recruiting rules of engagement (ROEs) can answer, with an eye to prospect experience—and consequently, engagement. And if ROEs are thought out carefully, they can imbue the team with a spirit of collaboration, rather than a cut-throat mentality.

There are no best practices for recruiting rules of engagement just yet. But we’re having as many conversations as we can with our customers to understand what guidelines they have in place to ensure sourcers and recruiters aren’t stepping on each other’s toes, and that outreach looks coordinated and seamless from a prospect perspective.

Recently, we sat down with five of our customers—recruiting professionals at Plaid, Procore, Brex, Pinterest, and Dropbox—and asked them about their ROEs. We asked if they’d be willing to share their rules with teams who were ready to draw theirs up but didn’t know where to start. We asked at what point the team realized it was time to systematize them. We asked about trusting recruiters’ best judgment to make decisions about outreach where the rules were vague or nonexistent; and what they would imagine adding to future iterations as recruiting, technology, and candidates become more sophisticated, and expectations about engagement evolve.We recently published those conversations with recruiters about rules of engagement; here are a few morsels from them:

On Recruiting Rules of Engagement from Some of Our Favorite Pros

On defining ROEs: “ROEs are really about prolonging the relationship between the recruiter and the candidate, and making the most out of that duration.”

On length of prospective candidate ownership:“I decided sequencing should be held within a 60-day window. Are you getting any sort of two-way communication within that time frame? If not, nip it so that another person can follow up with another opportunity.”

On checking in with the previous recruiting touchpoint:“If the prospect is in the system, someone has been in touch with them before. And the best guidance you can get is from the person who’s already been in a relationship of some kind with them. Maybe the person wasn’t ultimately a good candidate; maybe there are reasons you wouldn’t want to re-engage. So I always encourage my team to get additional context before they reach out. It only takes a quick backchannel.”

On referencing the most recent reachout:“If the last reachout was recent—say, 30 days ago—I’ll go ahead and mention it: ‘I know we reached out in June; here’s what’s changed since then.’ I’d also jump into Gem’s outreach stats, because that would help with the decision. Had they opened the message and not replied, or had they not even touched it? If they didn’t touch it I’d try a new email address or a different way of contacting them. If they’d clicked into the email a bunch of times, I’d use the same address. That’s the thing about documentation, whether it’s automatic or manual. When you’ve got the whole history in front of you, you can trust your own discretion.”

How ROEs encourage proper recruiter behavior through a nurture mentality:“Nurturing is great behavior that I feel is overlooked in our industry. Gem has been a huge part of cultivating that for me. A lot of people send out three messages in their little drip campaign, and that’s it. But I believe wholeheartedly that this is a relationship whether they’re responding to you or not; you’ve got to keep cultivating it. Let’s say you respond to me, ‘Hey, I’m not actually looking right now, but thank you.’ With rules of engagement I now own that relationship for 6 months. If I want to extend it, easy: I set a reminder in Gem. I’ll send you a message a month later that says, ‘Hey, I know you’re not looking to make a move right now; but just wanting to share the excitement: We just got funding!’ Or I’ll set a reminder to hit milestones: ‘Congratulations on your 3-year anniversary at Google!’ Now I own that profile a little longer. There’s no end to it if I keep sending messages. That’s how ROEs encourage proper behavior in sourcing and recruiting.”

On recruiter collaboration:“Sometimes I get to pull someone aside and say ‘Hey, it looks like I’m coming across a lot of people you own in my search; can you tell me more about what you’re looking for and I’ll tell you more about what I’m looking for? There are obviously some similarities in terms of what we’re searching for; but I want to hear about the differences, too. That way we can share our findings across roles.’”

On the relationship between ROEs and roles you’re recruiting for:“When we built these ROEs we were hiring for a lot of generalists—like senior software engineer kinds of roles. These days, a lot of our open roles are senior staff level, where it just takes longer to engage. So we’re spreading our sequences out over a series of months, rather than weeks, right now. Because the reality is, if you’re an L7 engineer who’s been at your current company for five years, not much changes in your day-to-day—so if we message them again next week, we’re not catching them in a different set of circumstances. But if we follow-up in a few months? Enough time has passed that they might be in a different place. So that’s the logic behind changing the cadence: It’s a shift in the roles we’re hiring for and the profiles we’re looking at.”

On how ROEs must account for changing recruiter and prospect behavior:“Younger generations are more fluid with other platforms. They’re still mostly engaging over email, but they’re identifying talent on social media. They’re going deep in social platforms to get signal and information to better equip themselves to engage. Some folks will follow talent and create two-way communication that way; but it hasn’t been formalized—at least not from what I’ve seen. But younger recruiters are more savvy about channels of approach, and finding new, more unique ways to create engagement. So I imagine that as lines and channels of communication advance, we’ll need ROEs that grow alongside that. At Dropbox, I like that we have rules in place that account for a myriad of different ways you can connect with someone.”

Questions to Consider for Your Own Recruiting Rules of Engagement

If your TA team is ready to get its first set of ROEs down on paper—or if it's time to revisit the ones you've got to better match your technology or your prospects' expectations—here are some questions worth asking. While the below may seem like a long list, remember that rules of engagement don’t have to be complex. (Plaid’s current ROEs, for example, are wonderfully uncomplicated, and speak to the immense amount of trust the team has in recruiters' best judgment: “Do right by the candidate, do right by the company, do right by the team”):

One thing seems clear: It’s better for teams to get some form of ROEs down sooner than later. As Andy Myers told us: “ROEs are just as applicable to established companies as they are to companies at earlier stages of the life cycle. And the value-add of Gem on that front is immense. Gem supports our rules by giving us visibility into every touchpoint with a prospect or candidate. I don’t have to go digging to find out if it’s okay to contact someone. The whole history is right there.”Take a look at those longer conversations if you're interested. And if you want to know more about how Gem can support your team's ROEs? Feel free to reach out—we'd love to chat with you. 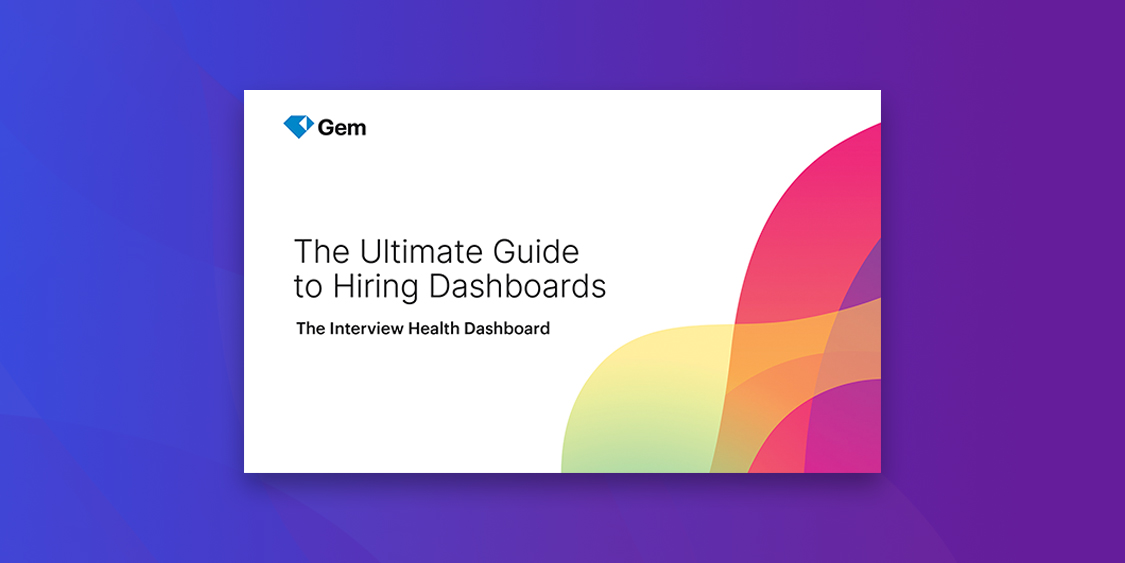 The ultimate guide to hiring dashboards: The interview health dashboard

This hiring dashboard takes an in-depth look at where and how your sourcers, recruiters, and interviewers are spending their time as well as the real business impact of their efforts. 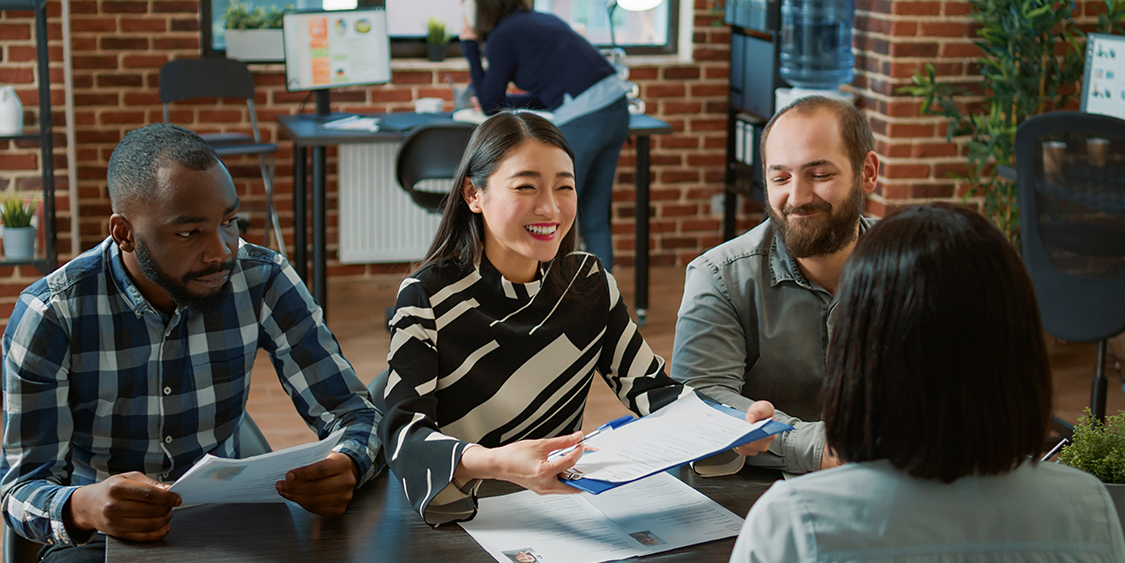 How to build your talent brand with recruiting best practices 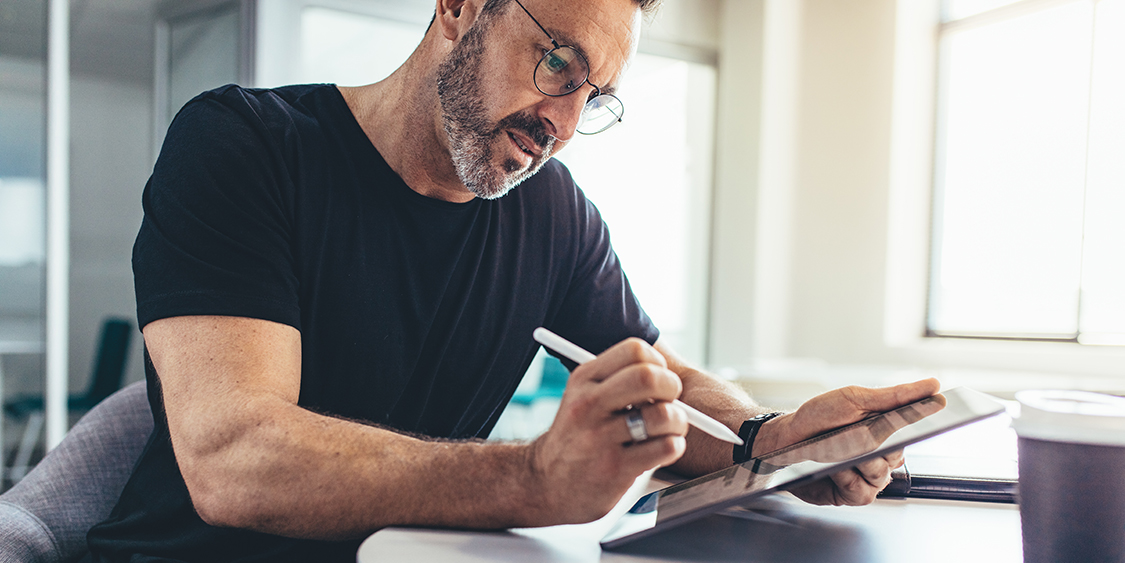 It can be a struggle to find the right words to keep a candidate excited about your company despite the fact that they didn't get the job. But it can be done. Here are 4 examples of candidate feedback that won't burn bridges with talent.