Gemsights is a monthly series where we’ll bring you unique industry insights with commentary from top leaders in the field.

With the sheer amount of data available to us at Gem by now—1,200+ customers who’ve sent over 20 million outreach sequences, had over 41 million candidates (both active and passive) enter their hiring funnels, and who’ve made over 20,000 hires in Gem—we’ve decided it’s time for a series of articles we’re calling “Gemsights.” After all, we’re observing data and trends that are too thought-provoking not to share.

This month, we decided to focus on the disparities in passthrough rates for inbound versus outbound candidates. And it’s as good a time as any to consider these differences. After all, month-over-month since COVID, job applications have been down (and in the double digits) from pre-pandemic levels—meaning that recruiting teams in many cases have had no choice but to source passive talent for their open roles. So there should be some satisfaction in hearing that the data shows outbound candidates are 5x more likely to be hired than inbound candidates are. In other words, even teams who've been pressed to turn to outbound are now engaging in more effective strategies than waiting with open doors on active candidates.

On the other hand, given the current trend of layoffs and hiring freezes, we expect that some recruiting teams will start to see the number of inbound applications increase again: talent that’s hungry for growth, or worried about the other shoe dropping at their org, is likely to start looking for opportunities elsewhere. And while that makes this a great time to attend to the processes you have in place for inbound applicants, the data on passthrough rates is a reminder that this is not the time to neglect your passive pipeline, either.

We reached out to three recruiting leaders to ask if they’d share their perspectives on outbound recruiting. We wanted to know how Gem’s data compared to what they saw in their own organizations, and how—or whether—their teams were thinking about the role sourcing played in their overall talent acquisition strategy. Here’s what we found:

Pendo and the Rule of “Happy Thirds”

“When I arrived at Pendo in January of 2021, I took a look at the makeup of our hires in the year prior to my arrival. I was astounded to find that almost 60% of those hires were inbound, about 25% were referrals, and the remaining 15% were mostly agency hires—only a very small percentage of our hires the previous year had been sourced. (It’s important to note that the team was understaffed and we didn’t have anyone on the team whose dedicated job it was to source at that time.)

I am used to working towards the rule of “Happy Thirds,” where you see your hires fairly evenly distributed—Inbound, Referrals, Outbound (Sourced+Agency)—with Outbound making up the majority of that last third, especially as you grow. You never want to be overly-reliant on Inbound—it’s the lowest-quality and lowest-ROI channel you have because of the sheer volume and lack of strategy involved. And as we face a tougher talent market today, you can’t be overly-reliant on inbound; volume just drops off. Either way, you are “forced to source.”

I knew from experience that it was time, last year, to invest in the tools/technology, people/team, and programs we needed to drive a change—toward more referrals, yes; but mostly toward more outbound strategic sourcing. We needed to make a shift in the structure of our team, and we’ve done so. We have 4 dedicated Sourcers on the team today—2 in our Tech world and 2 in our GTM world—and I would be remiss to not say that some of my Recruiters are the best sourcers on the team, and win because of it. They strategically plan and build sourcing strategies to find the best talent for their open roles and cultivate relationships for the long term.

We made the shift to “Happy Thirds” complete by the end of this Q1, just a year after my arrival. And we are prepared for what is to come (spoiler alert: a lot more SOURCING!).”

Lyft: Source-of-Hire as an Indicator of Speed and Quality

"At Lyft, we look back at all components of a hire, and we know that source is typically a good indicator of both speed and quality. So I constantly advise my team: after you go through several interview processes and after you’ve made a few hires, don’t just wipe your hands and move on to the next thing. Really go back, root out the variables, and ask: how could I have found an even more qualified candidate, faster?

When we’re really attending to the implications of source-of-hire, the team has a data-driven rationale for where to start with their next role. For example, I was advising one of my recruiters the other day after noticing she was spending way too much time looking through inbound applications that were coming in from a particular industry when the hiring manager had already made a point that that experience didn’t necessarily resonate with what they were seeking. So I told her: you’re going move a lot faster and build a better-quality pipeline if you dedicate more time to sourcing rather than reviewing hundreds of applications.

Our data proved this: it showed higher pass-through rates for sourced candidates at each stage of the interview process vs. applicants via the careers page. So she applied that strategy, and of course has gotten more qualified people through the pipeline a lot more quickly. It’s not that we want to ignore applicants; it’s just that historically we don’t get what we’re looking for—and with speed—through that channel."

At Gem, Outbound is Up to 10x More Efficient

Historically, we’ve also found that passive hires make up the most diverse source of candidates; and when measuring quality-of-hire, passive hires tend to perform better in their roles.

So our team is focused on sourcing as a core part of our TA strategy. Whether it be bringing on designated sourcer roles, having recruiters do outbound sourcing, or organizing “sourcing jams” that get the whole company involved, we know that this is a huge differentiator when it comes to building long-term relationships with candidates, building diverse pipelines, and closing top talent. The recruiting team at Gem focuses heavily on passive sourcing; by doing so, we’re able to engage our hiring managers earlier on in the process—giving them more exposure to the makeup of the entire talent pool and allowing them to make better-informed hiring decisions.

Striving for a larger % of passively sourced hires isn’t as easy as flipping a switch, and typically teams will need a revamp of systems and tools to make this a truly scalable part of the TA strategy through increased automation. Passively sourcing candidates takes time, and recruiters can be tempted to spend the bulk of the time on inbound candidates as they fill the funnel faster. But if passthrough rates are higher for passive candidates—and they generally are—it’s worth the effort up-front to streamline the rest of the process.”

The moral of the story? If your organization doesn’t have a dedicated sourcing function in place, or hasn’t deeply considered how to engage passive talent as part of its ongoing talent acquisition strategy, your time-to-hire is likely much higher than it could be—and your quality-of-hire might be lower than it could be. Sourcing passive talent takes some time and effort up-front, but the ROI is unmistakable. What’s more, it gives you the opportunity to proactively build authentic connections with talent at a time in which that same talent is demanding relationship-based hiring—which means an ongoing virtuous hiring circle down the road.

Want to read more Gemsights in the future? Subscribe to Cut and Polish, and we’ll keep the insights coming!

Questions? Ideas? Comments? Whatever this post brought up for you, we'd love to hear it.

Source candidates in half the time, and double your response rate using InMail and email. 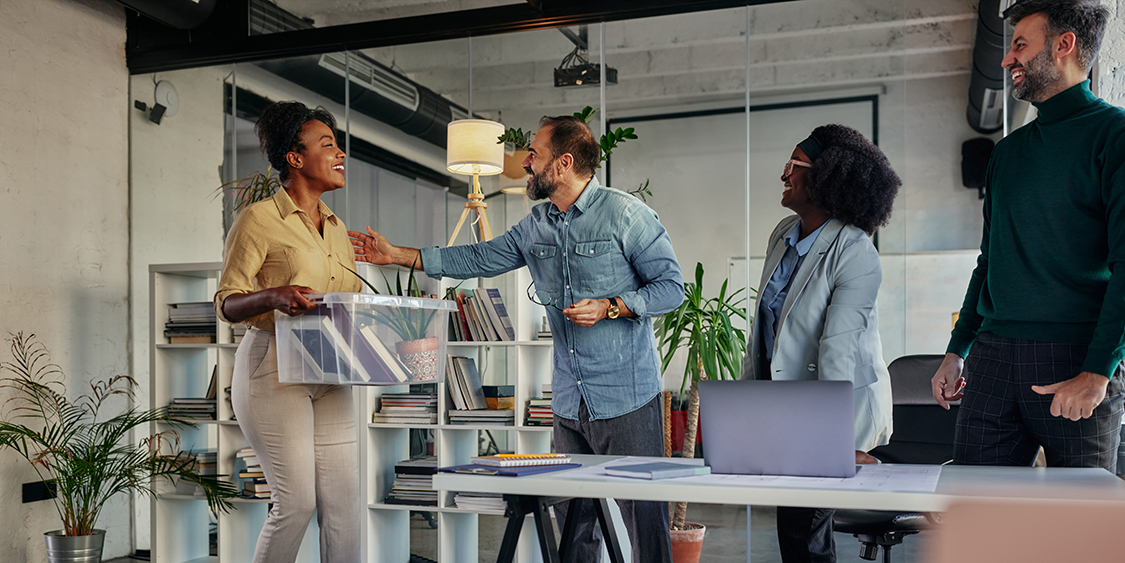 Boomerang employees represent a valuable untapped source of talent for organizations struggling to meet their hiring goals in a competitive job market. This article covers the pros, cons, and tips for hiring boomerangs. 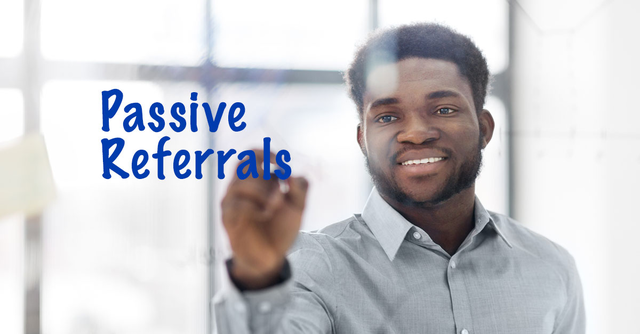 Referral programs can often be cumbersome and opaque, discouraging participation. As recruiting strategies evolve to focus on direct sourcing and experiential recruiting to convert passive talent, the same approach can apply to referrals. 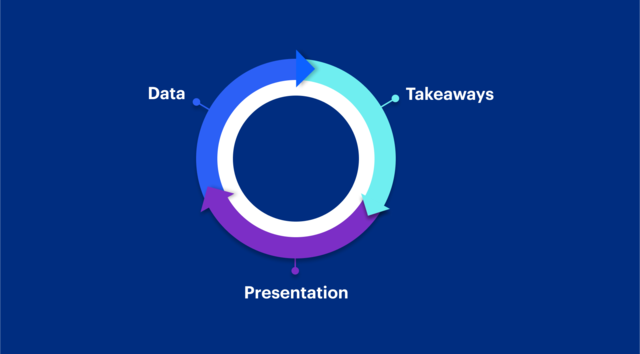 How Rec Ops Can Present Data to Influence Change

Rec Ops brings data into the conversation about strategy. But your audience isn't as data-savvy as you, so the last thing you want to do is confuse them. Check out how Amy, Sr. Director of Rec Ops at Gem, approaches these conversations.