Recently, Rocki Howard (Chief Diversity Officer at SmartRecruiters) and Caroline Stevenson (Head of People at Gem) discussed the key components of a mature diversity hiring framework. Here are the takeaways and a link to the webinar.

A few weeks ago, Rocki Howard (Chief Diversity Officer at SmartRecruiters) and Caroline (Caro) Stevenson (Head of People at Gem) discussed the key components of a mature diversity hiring framework in a webinar called Diversity Hiring Maturity: Implementing a Winning Sourcing Strategy. The conversation covered everything from the reasons why sourcing is so critical to a successful diversity hiring strategy, to what leading teams are doing to address organizational gaps in equity, to top practices for building successful diversity hiring programs.

Many of the keys to success Rocki and Caro covered came out of SmartRecruiters’ Diversity Hiring Assessment, a free resource for companies looking to improve their diversity hiring outcomes and hire diverse talent at scale. SmartRecruiters’ assessment reflects back to organizations where they rank in a diversity hiring maturity model according to four pillars of success: organizational support, diversity brand equity, fair hiring practices, and sourcing strategically. They offer specific recommendations, based on an organization’s ranking, about real, tangible actions teams can take to improve their diversity hiring.

What SmartRecruiters has discovered through this assessment is that about 70% of companies are in the beginning stages of building a diversity hiring strategy. Here are excerpts from the six best practices Rocki and Caro covered for teams looking to move from those beginning stages into stages of later maturity:

“Before switching to this model,” Caro said, “our strategy at Gem was to have a certain percentage of our top-of-funnel be underrepresented candidates. But what we saw with that model is that we could still make a hire that didn't add a whole lot of diversity—and in the meantime, we missed the opportunity to talk to a lot of prospective candidates that would’ve added diversity to that particular team or department.” Caro said that Gem now uses this strategy especially for one-off or niche roles; and she loves it for two reasons: 1) the team can rest assured that they’ve explored the market before expanding the search ("Did we do enough?” isn't a question they have to ask); and 2) it allows them to be really thoughtful about how they expand the search after an initial search doesn’t produce hires. “Maybe we start a search reaching out to candidates who we think identify as Black or Latinx,” Caro explained; “but if we’ve exhausted that talent pool and we haven't made a hire yet, maybe now we open the search up to female-identified candidates. We make that decision based on representation in the team or department we’re sourcing for, and where their greatest diversity needs lie."

2. Have a clear sourcing strategy for each underrepresented group you want to target

Rocki said that only 13% of respondents to their diversity assessment say they have tailored and targeted sourcing strategies. “Let’s say hiring female engineers is critical to your organization,” she said. “This can't be a one-and-done thing, like, you posted on a job board for female engineers, so you’ve done the work. This is about strategically building your pipeline because you know this is going to be a target area. Have you engaged tools like Gem that can help you actually identify that specific talent? Have you engaged market mapping technologies? Do you have relationships with organizations where female engineers hang out? If not, how are you building them? Do you know what Facebook groups they're in? Do you know what they like on Instagram? Do you have comms that are interesting to them and keep them engaged? This isn't just about dropping in and posting a job, but about really engaging in those communities, helping them understand what you can offer them as an employer.”

Caro noted that 60% of recruiters who responded to a recent Gem survey said they're hiring for diversity at the leadership level in 2021. “But a diversity strategy when it comes to leadership hires is going to look a little different than your strategy for other roles, because leadership hiring has some unique challenges that accompany it. One of the biggest challenges is that leaders are often hired opportunistically. Managers have someone in their network they know is great and is looking for a job, and it's tempting to snatch them up and hire them. But if we only lean on our networks when we're hiring, we're going to build homogenous teams.” Caro shared one strategy Gem has just implemented: “if we have a leadership referral that comes in and we want to move quickly on it, we can only do that a certain percentage of the time. For the other percentage, we need to do 100% outbound searches focusing on underrepresented candidates for those positions. Now, when leaders have a referral come in, they have to think really hard about it. Is there a ton of urgency around this role? Do I know that this person's amazing? And if the answer to both of those questions isn’t a hard ‘yes,’ they should open a search.”

Rocki added: “What are you doing with your internal talent? So many times we've got internal talent that's ready to step up. And they may just need some mentorship. Have you given them projects to really test their knowledge and skill? Are you pulling up a seat at the table? Do you have a plan for developing your diverse talent internally? If you look at your high-performer pool, how diverse is it and why? Caro, I think you're exactly on target, but I would also encourage people to not forget about their internal pipelines.”

4. Secure the right investment that aligns to your organization’s diversity hiring goals

“A lot of organizational leaders and CEOs made pledges to increase diversity hiring last year,” Rocki said. “They did that publicly; and let's assume it was done with the right intent—it wasn't performative or PR pressure. The challenge, then, is that they made those pledges above the glass ceiling, and they don't understand what happens below the glass ceiling—the amount of effort and investment it takes to have a diversity hiring strategy.” Rocki noted that 66% of respondents to SmartRecruiter’s assessments said that they don't have a budget that aligns with their diversity hiring objectives. “You have to make multiple investments and multiple commitments to be able to recruit that talent. Do you have the right resources to follow through on those pledges? Are those resources trained—and not just in terms of sourcing strategies, but about their own biases? Do you have the right tools? Have you invested in partnerships? What are you doing internally? It takes all types of investments to make sure the teams that are recruiting and hiring can meet the objectives that have been set above the glass ceiling."

5. Invest in sourcing technology and analytics

“When you're externally looking for underrepresented talent, it's going to take longer to source,” says Caro. “You have to be methodical about how you're building pipelines; and investing in technology to help with sourcing and candidate relationship management will be critical to the efficiency of your diversity hiring program. Most recruiting teams don't have extra time on their hands. Sourcing software can automate manual tasks, like profile exporting, email finding, follow-ups, et cetera. With sourcing software and CRM, you can better manage your team’s outbound sourcing, build talent pools around criteria like geography, and engage those talent pools with targeted nurture campaigns while having access to robust analytics around your outbound efforts and passthrough rates. Gem also has a diversity analytics product, which automatically attributes race and ethnicity and gives teams advanced metrics on the diversity of their entire funnel. And I can identify bottlenecks and have target process improvements. Having these reports is critical to making sure that we're delivering on our diversity KPIs and we have an equitable process in place.”

6. Create a database of diverse talent

“Caro just spoke to a lot of this,” Rocki said. “What I will add is that in the assessments we’ve done, we’ve found that 66% of respondents don't even have a database of diverse talent. So just think about leveraging a CRM to be able to communicate with that talent. You're going to be ahead of the curve of about 66% of your peers out there.”

The conversation between Rocki and Caro was even richer than these six keys to success, including Q&A from the audience on everything from bringing unconscious bias to the attention of hiring managers in a way that’s responsible and respectful, to what to do when your org is seeing diverse pools, but not diverse hires. The entire Diversity Hiring Maturity webinar is available on demand… and we’d love to hear from you if you have additional questions after watching it. 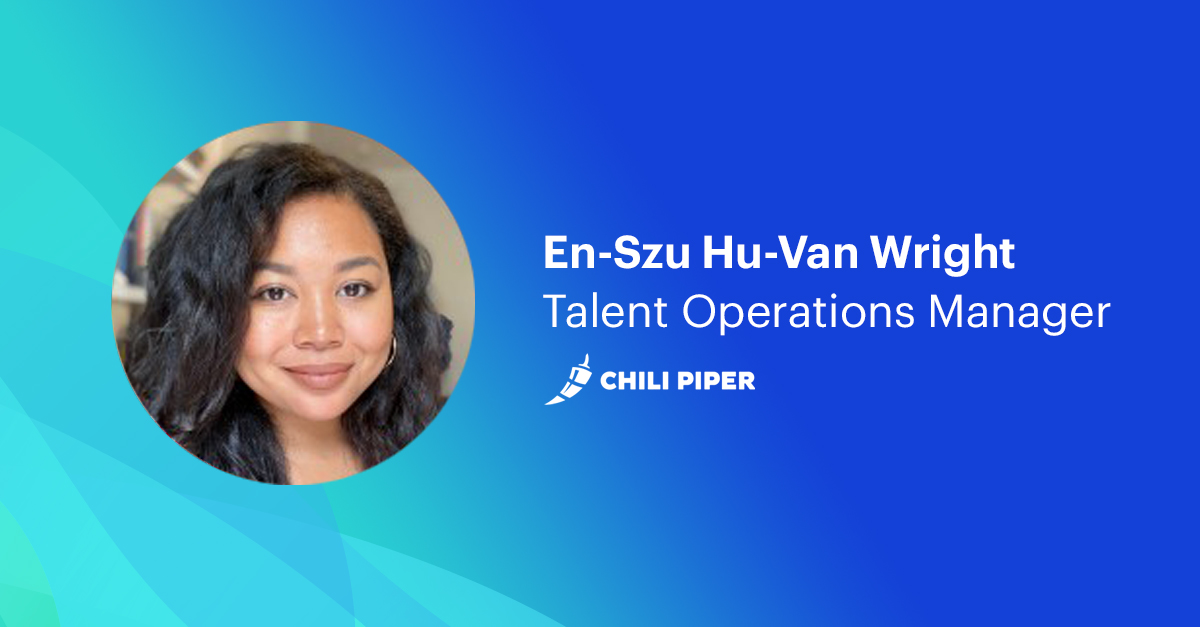 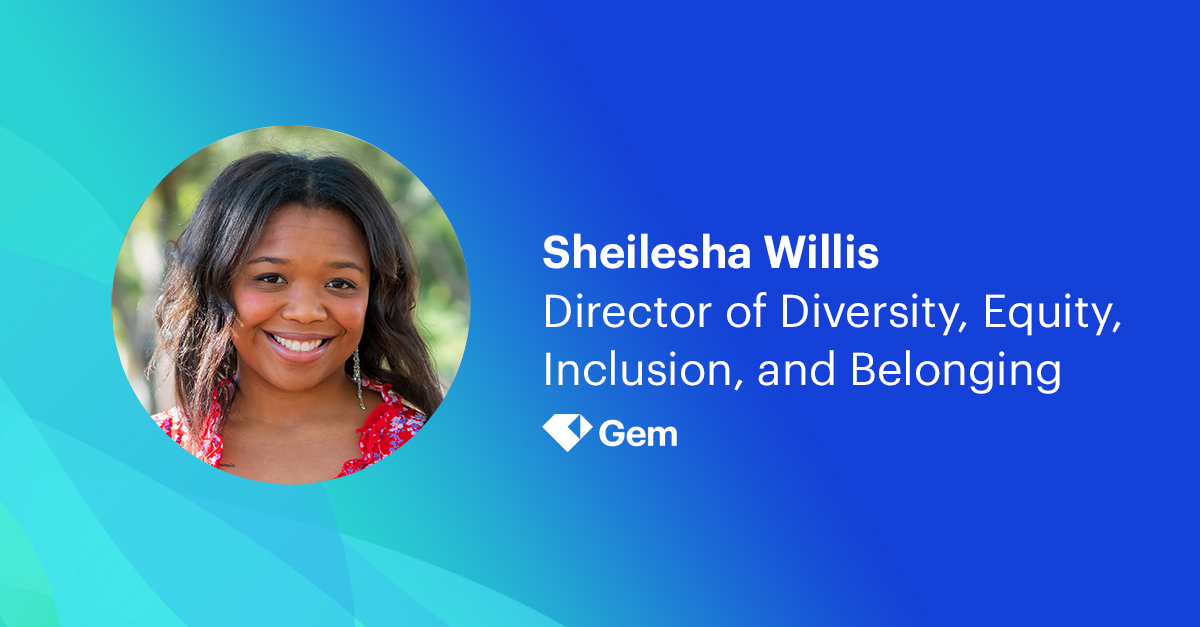 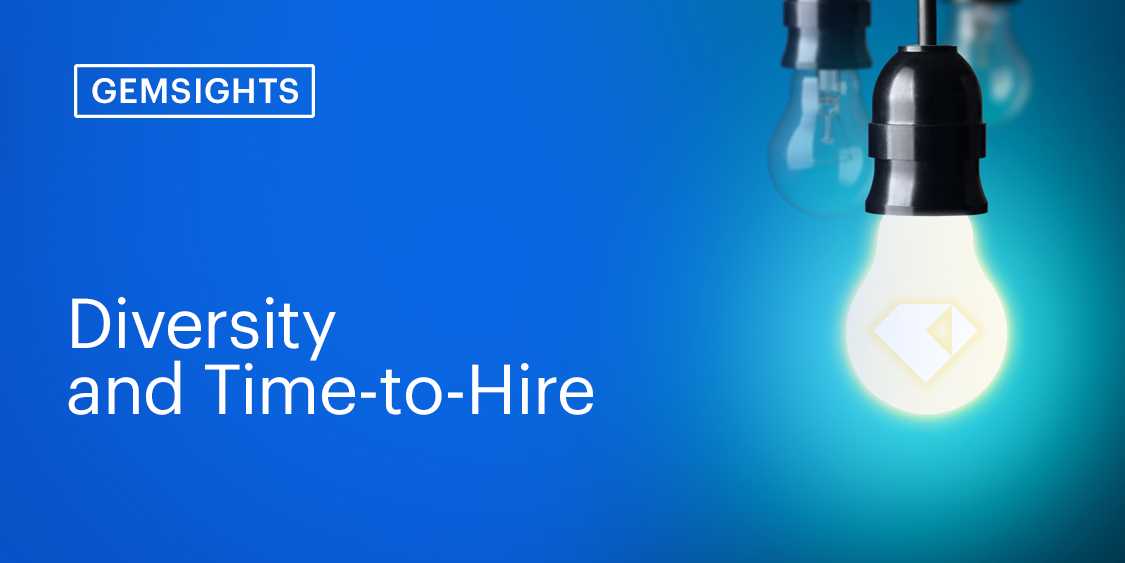